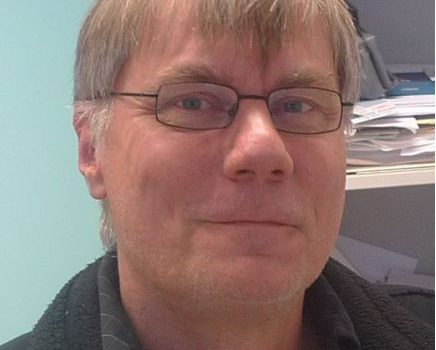 Cornelis Kraaikamp was born in Hilversum. He has always considered Hilversum as the most important village in the Netherlands, because of the first Dutch television studio there. He also went to high school in Hilversum in 1971 to the ‘A. Roland Holst College ‘.

Cornelis, however, did not begin with VWO, but with HAVO. He was in a ‘trash can’ class, where some students were already 18 years old and were on a motorcycle in high school. It was all hippies that completely crashed. Fortunately, Cornelis didn’t seem like of the youngest because he was 1.92 meters long in his first year. In addition, he had a big mouth and an opinion about everything (nowadays he much more nuanced and serene). He had a great time at the HAVO. However, he didn’t like it at the Atheneum at all and now only has friends of the HAVO.

After high school, Cornelis studied at the University of Amsterdam. The only real university of Amsterdam according to Cornelis. The beginning of his student time he found terrible because he had to work so hard. But in the course of his years of study, he began to enjoy studying and found the study to be delightful.

He was also a university assistant for a long time. He taught first-year students as a student. First econometric students as Master’s student and later to mathematics students Linear Algebra as PhD student, then called ‘aio’. It was always very easy to talk with professors and teachers, just like here in Delft.

Surprisingly, his favorite subject was Functional Theory, even though he has almost forgotten everything. He studied at the UvA at the same time with Rik Lopuhaa and always made assignments together for Probability and Statistics B. This took a lot of time, but he did not like the subject any less. The main characteristic of that subject was that the teacher took everything literally from the book. For the oral you had to learn 111 statements and the proofs from your mind. Then you received 4 statements that you had to proof. A few days after the oral, the teacher angry approached Cornelis with the remark: “You’ll never do this again.” Cornelis had devised an alternative proof for all the propositions, so that the teacher had to verify that Cornelis’s evidence was correct with great difficulty.

Cornelis did not only do this for Probability and Statistics B, but for many other subjects. Again, his teacher for coding theory took everything literally from the book. Cornelis suspected that the teacher had only read that book, so he prepared by reading a different book on the subject. During the oral procedure, the teacher did not fully understand what Cornelis was saying, meaning Cornelis had the upper hand in the oral.

In the course on Number Theory, Cornelis also noted that there was a hole in an important proof of Zagier’s book. Then Cornelis presented this during an oral exam and after a long discussion, the teacher admitted that Cornelis was right. The teacher and Cornelis decided then to go outside to think about it some more. At the elevator they accidentally encountered Zagier, and the problem was solved within a half hour by Zagier. A few years later, Cornelis was at the presentation of a PhD student because of the free pizza. At this presentation the doctoral student gave incomplete evidence which Cornelis noticed, so he asked for some elaboration and if the PhD student could fill the hole. The presentation eventually took one hour longer.

Of course Cornelis also got his PhD, namely in Continued Fractures. This is a mixture of number theory and god theory. Currently Cornelis is still mentoring all kinds of students for bachelor projects and graduation projects on continued fractures. In addition, Cornelis is still overseeing projects on errors in signals and quadtrees. While Cornelis was getting his PhD, he worked in Marseille as a professor. At that time he had a French girlfriend. The only downside was that it took a long time before he was paid out. This prompted him to have a salary of four months on his behalf. He then spent this great amount together with his girlfriend.

After Seatle, Cornelis was postdoc with Rik Lopuhaa. That year was the only year he has not given lectures since 1983. He also worked in Merrieland during the Gulf War. During that time he was especially surprised at how his colleages were instantly convinced of some “evidence” of the government which consisted only of photographs. The same was true during his sabbatical at Westlean University in Conniticut. Here he was a guest professor during the second Gulf War.

Cornelis had become almost a teacher in Japan, but fortunately Mike Keane (Contemporary Professor of Chancellor Accountant) had left Cornelis to teach in Delft.

Cornelis currently offers courses on Probability and Statistics at the other faculties and on EWI Analysis 1. Sometimes Cornelis also provides Analysis at other faculties. Additionally, he has worked for 7 years in the works council, 6 years at the IO subcommittee, ¾ years at the TBM subcommittee and more than 10 years in the OCW. Furthermore, Cornelis is also the director of MasterMath.

Despite the fact that Cornelis is often busy, he is glad to do business with CH. Especially at the activities where beer is present. It is therefore not surprising that Cornelis has been cycled home a couple of times drunken. Fortunately, Cornelis lives in Delft and always knows how to find the way. Not for nothing, Cornelis is therefore asked after the Trip to America in 2009 as Member of Merit of CH.

Unfortunately, Cornelis has no time to practice, but earlier he did Karate and archery. At archery he had shot another arrow once, which was quite expensive. There he commented, “Yes, you should not have shot in the middle.”

It is certainly not surprising that Cornelis has become a teacher of the year a couple of times in Mathematics and once in Mechanical Engineering. Cornelis loves teaching. He would not be able to live without it, but not without research either.