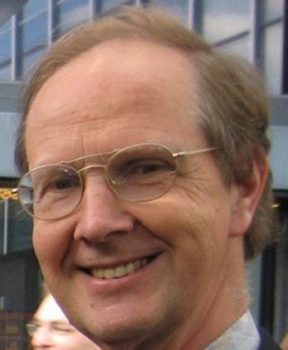 Peter Kluit graduated from the University of Leiden in 1966, where he completed his doctoral degree in 1972. Until 1973, he was a math teacher at the Christian school community ‘De Populier’, where he had obtained his diploma earlier. From 1973 to 1978, Peter Kluit was a promoter at the Vrije Universiteit in Amsterdam. On September 6, 1979, he graduated from the VU on a purely mathematical subject. In the course of his PhD, he wrote computer programs in Algol and Basic. From 1978 to 1980 he was assistant at the department of algebra at the RUCA in Antwerp. In 1980 he became a houseman. He married Margreet Schaefer in 1972 and has been the father of Maaike since 1976. From 1981 to 1986, he offered mathematics at the Evening School of Mercurius (Rotterdam), and from 1984 at the MO degree of mathematics at the Nutsacademie (later incorporated in the HREO). In September 1986 Peter Kluit was lectured at the Department of Computer Science at TU Delft, initially at Prof Wolbers chair, later at Prof. Dr. W. van der Poel, Prof. Dr. J. van Katwijk and finally at Prof. Dr. Arie van Deursen. Over the years he gave lectures on programming, data structures and algorithms, programming languages, functional programming and software engineering. He also oversaw programming projects, bachelor projects and graduates. For many years he was a member of the Mathematics Examination Board and the Computer Science Examination Board. He was elected several times as a teacher of the year for computer science.

Since 1992, Peter Kluit has been a jury member at the Delft programming contests. He also judged Dutch programming competitions (BAPC) inside and outside Delft. In 1995 he was a member of the jury of the International Computer Science Olympiade in Eindhoven. He held North West European Programming Contests in Delft (1996, 1997, 2002), Lund (2004) and Utrecht (2008). Since 1999, he is the World Finals Judge at the ACM-International Collegiate Programming Contests.